S and B are two of four siblings, ages 9-18, receiving regular and ongoing dental check-ups, care and oral health education at the DVI clinic.

B (left) and S (right) are pictured below with Dr. Roswitha Menzke of Germany who volunteered at DVI for the first time in 2018. 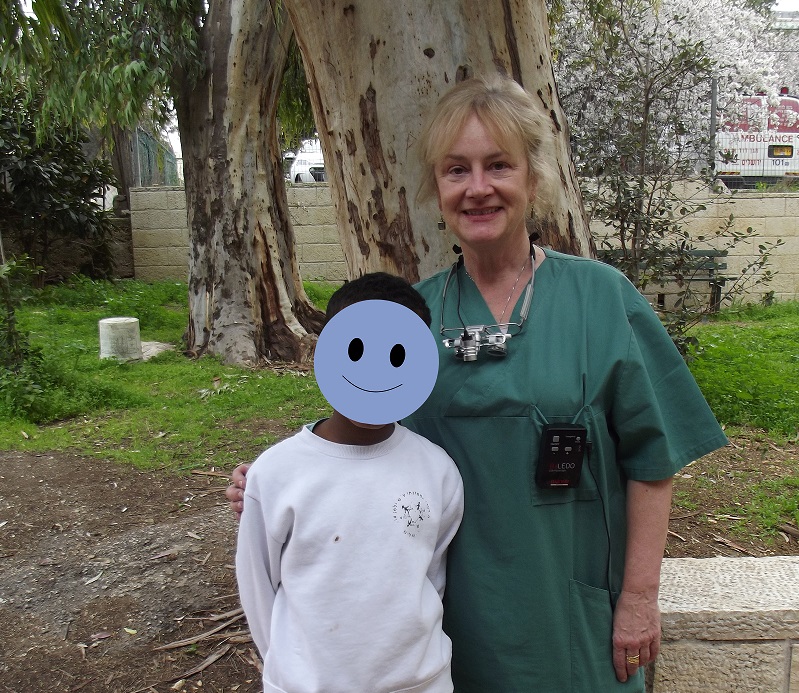 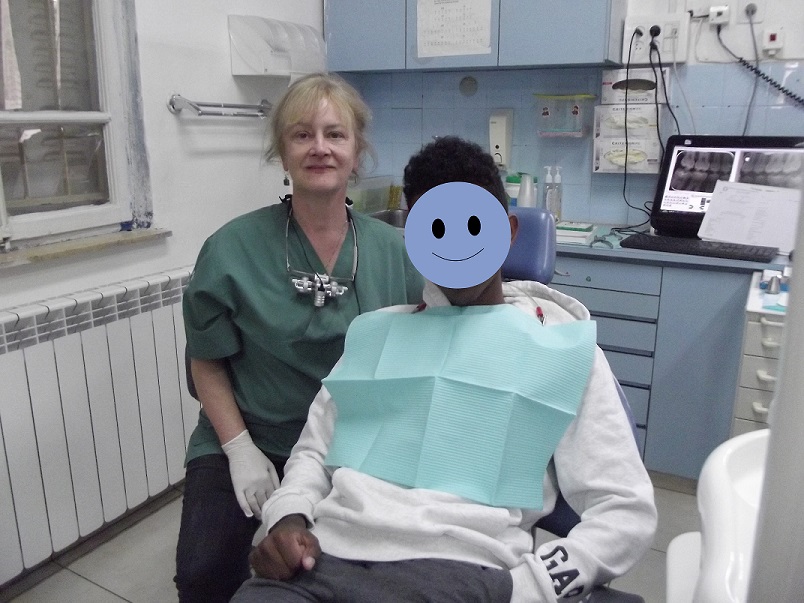 Their father arrived from Ethiopia in 1996 at the age of 35. Immigrating to Israel was complicated because he had served in the army in Ethiopia and when the new regime took power he was jailed. After serving his jail term he was able to begin the immigration process which took about five years, and was only resolved when the United Nations intervened and arranged to have him move to the province of Gondar. He arrived on Israeli shores with his three younger brothers and was settled in Haifa in a caravan.  This was a common destination for arriving Ethiopians and so he met his wife there. They began their lives in Haifa but eventually moved on.

To this day S and B’s father finds conversing in Hebrew challenging; making it difficult to find work or enroll in training programs. He is proud of his children who, having been born and raised in Israel, speak Hebrew fluently and are deeply embedded in Israeli society.

Today the children’s father is a bus driver and their mother works as an assistant. They are enormously grateful to be employed but still struggle to support their family. The care the children receive at DVI would not be feasible on the low wages the parents earn, but thanks to our supporters and dentist volunteers all four kids are keeping their smiles healthy. As the children grow up we look forward to seeing them succeed in school and in life!