From the time she arrived in Israel from Ethiopia, Edi was so embarrassed by her severely discolored teeth that she would instinctively cover her mouth with her hand any time she spoke. Edi’s teeth had turned brown from over-fluoridation of the water in Ethiopia. Her condition prevented her from speaking in class and inhibited even her social interactions. She was a child you would never catch smiling. Edi was 14 years old on her first visit to DVI, which was also her first-ever visit to a dentist, and it was her good fortune to be assigned to Dr. John Bengtson. 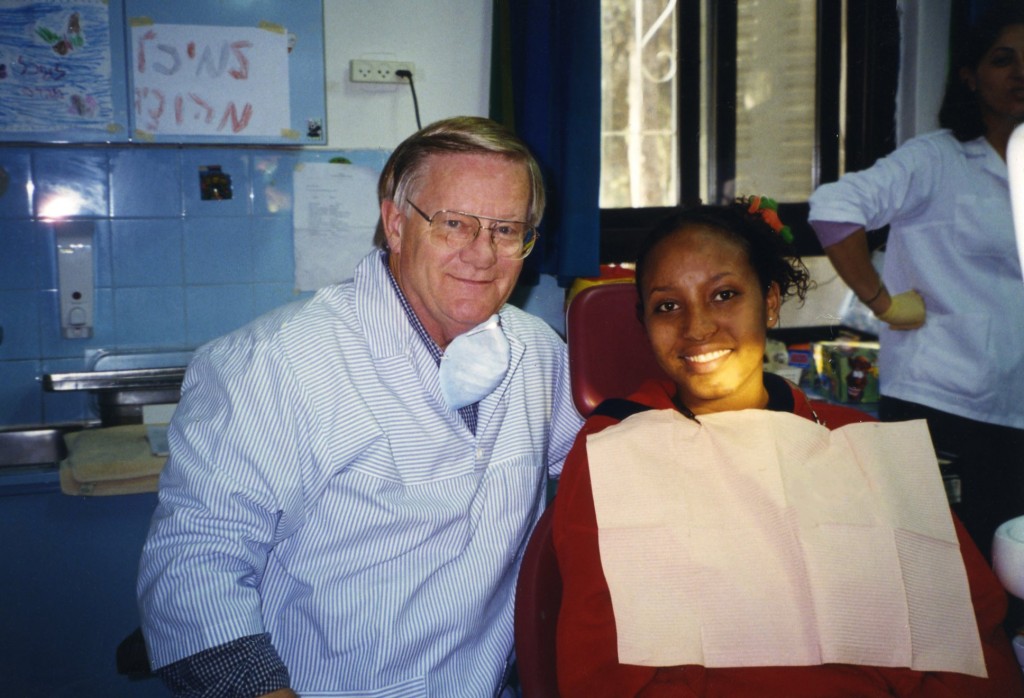 Dr. Bengtson, a Christian dentist from Minnesota who had volunteered at DVI since 1981, was familiar with the condition and treatment procedure. As DVI does not typically provide cosmetic dentistry, Dr. Bengtson consulted with the dental director who agreed with him that here was an opportunity to truly make a profound difference in Edi’s life. It was an opportunity they could not pass up, so they made an exception. During one of his extended volunteer stints at DVI, Dr. Bengtson had to treat every tooth in Edi’s mouth. By the end of his stay, Edi’s condition had been painstakingly reversed.

Through Dr. Bengtson’s dedication, Edi transformed into a confident and radiant woman who completed university and is today a successful working member of society. Her gratitude is reflected in a letter she wrote to Dr. Bengtson at the conclusion of her treatment.

“Thank you for all the things you did for me. When my teeth were so ugly, I was ashamed to laugh or smile,” she wrote. “I could never afford to go to a private dentist, but because of you and the DVI free dental clinic, I now have the courage to laugh and smile. At 17 this is very important for me. It was such a big blessing from you to me.”

On March 24, 2008, during his 19th volunteer trip to DVI, Dr. Bengtson was honored by Jerusalem’s Mayor Uri Lupoliansky, for his enduring devotion to improving the lives of Jerusalem’s children, and in particular, for the positive impact he had made in the life of one Ethiopian girl.  Dr. Bengtson describes his experiences at DVI as among the most worthwhile things he has ever done.

“I have found that in life what we can give to others can never be lost, but what we save for ourselves is fleeting, for we bring nothing into this world when we come and take nothing with us when we go. Edi is a lovely young woman and her final words to me were again to thank me and to say she would never forget me and what I had done for her. As she gave me a last little hug and great smile, it made all of my trips to DVI worth it. Knowing Trudi for so many years has enriched our lives and set such a rich heritage for giving of one’s self for the betterment of indigent children that I consider it such a privilege to be able to be a part of her ongoing investment in the lives of such beautiful children.”

Dr. Bengton and Edi were reunited in 2015 when AFDVI celebrated DVI’s 35th Anniversary with a Gala in New York City.  They each receive a framed photo which was taken of them during Edi’s treatment at DVI. Dr. Roy Petel, Director General of the DVI Clinic had the honor of introducing them and giving the special gift, and all of us were moved by the connection they feel and which will undoubtedly last a lifetime. 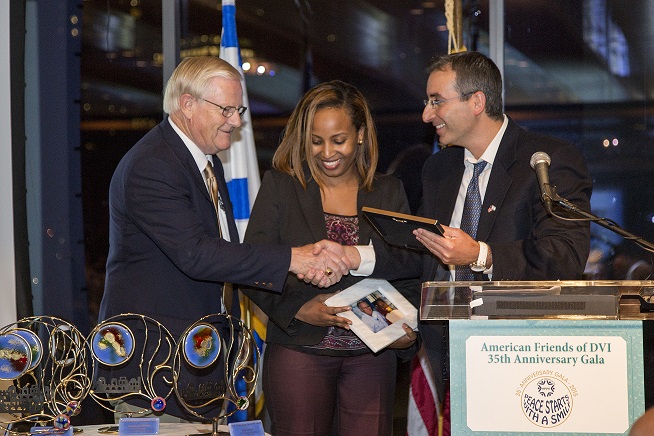