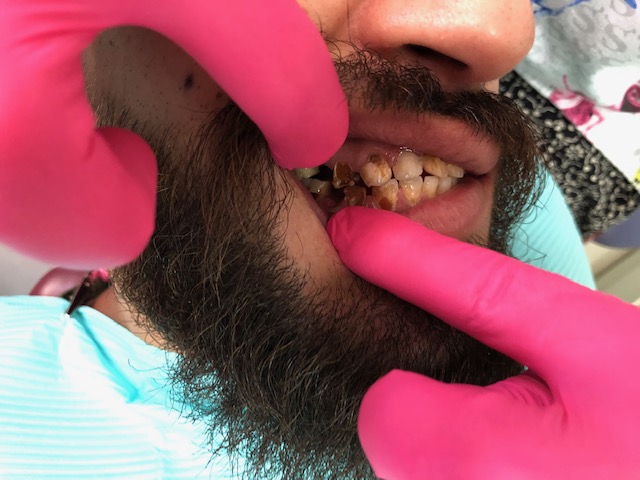 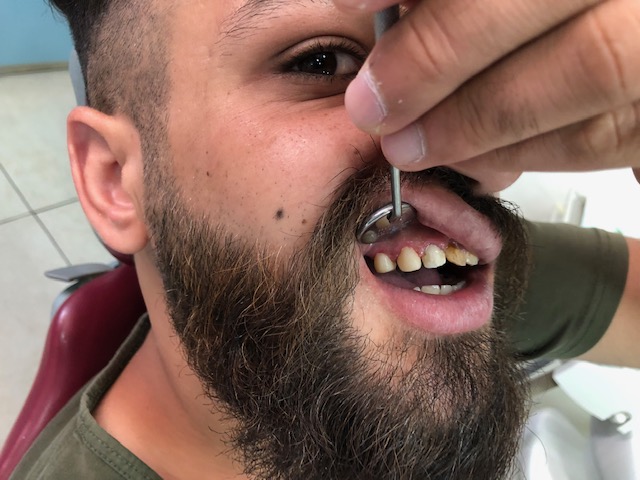 Shafik is 24 years old, the youngest child in the family, and the only boy of seven children.  He and his siblings have had a difficult life.  After his parents divorced, the children spent their formative years in various dormitory/institutional settings because their mother was unable to care for them.  Shafik dropped out of school after tenth grade.  He roamed the streets and fell prey to various forms of abuse and criminal activity.  He recalled that he was so angry that even when people tried to help him he refused to accept it.

With the help of organizations for at-risk youth who got him off the streets and into specialized hostels two years ago, Shafik decided to turn his life around.  Recognizing his difficult early beginnings, he decided to assume responsibility for himself and is working on stabilizing his life.  Shafik has aspirations of studying international relations and acting, if he can ever afford it.

After years of neglect, Shafik is missing some teeth and others are very deteriorated.  As a result of his appearance, he believes that he has been rejected from jobs and other opportunities.  Now he is determined to improve his appearance and begin smiling again.  He comes to DVI multiple times a week, working toward completing his dental treatments.  To date this treatment has included checkups, x-rays, fillings and root canals as well as an anterior restoration (before & after photos above) which has dramatically improved both his appearance and his self-confidence.

Shafik doesn’t have enough words of praise for the volunteer dentists and staff at DVI. He won’t leave a treatment without first stopping at everyone’s workstation to personally thank them from the bottom of his heart. As he says, “Making others happy is what brings me joy.”  He selflessly shares his joy with those around him and makes us all smile.

We need your help to continue providing this life-changing treatment to Jerusalem’s at-risk youth, children and seniors in need.  Your gift makes a difference for people like Shafik everyday.