L is 19 years old and the middle of 7 children. His sweet smile belies his past. In his early teens, his life choices led him down a difficult path. He bounced from one dormitory to another and, disillusioned, ultimately ended up addicted to drugs and living on the street. 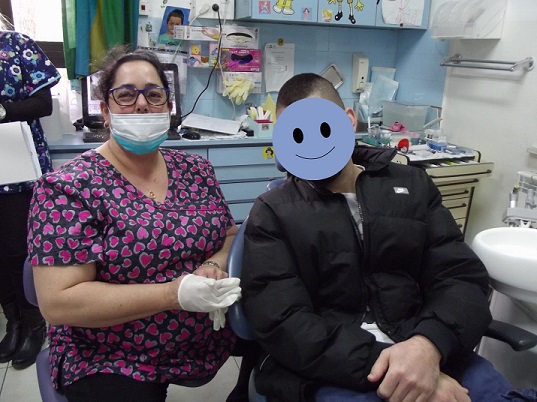 Until recently, he was living in a youth hostel where he was in a drug rehabilitation program. After seven months in the program, he moved to the supervised living facility where he resides today. It was from that facility that he was referred to DVI by his counselor.

L did not graduate from high school and although still uncertain about his future, he is working toward becoming a responsible and independent adult and is currently employed in a fast food restaurant. Alleviating his dental pain allows him to focus on his work and a better future, helping to break the cycle of poverty.

Together we can help young men and women like L who are getting on the right path but are unable to pay for dental care right now. Your donation will mean so much to them!