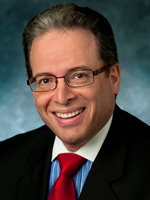 Dr. Michael J. Goldberg is Past President of American Friends of DVI and currently serves as an At-Large Director.  He has volunteered at DVI countless times throughout 37 years and is one of the most enthusiastic and passionate advocates for the clinic.  We are thrilled to announce that Dr. Goldberg will be honored at the DVI 40th Anniversary Gala on November 28, 2021 for his unceasing dedication to the clinic and to AFDVI.  Here is his DVI story in his own words.

In 1984, our family took what proved to be a life-changing vacation. I had arranged to volunteer at a relatively new free children’s clinic in Jerusalem for three weeks. Little could I have dreamt how this would change everything.

Jason and Jaimie were nine and five respectively and had an amazing time frolicking around Jerusalem from the apartment we had been given by the clinic, which was directly across the street from a mostly ex-patriot synagogue. Trudi, the clinic’s founder and CEO (Chief Everything Officer), had arranged tickets to the King David Hotel’s pool. She organized Shabbat dinners at various people’s homes. She even arranged some tours. 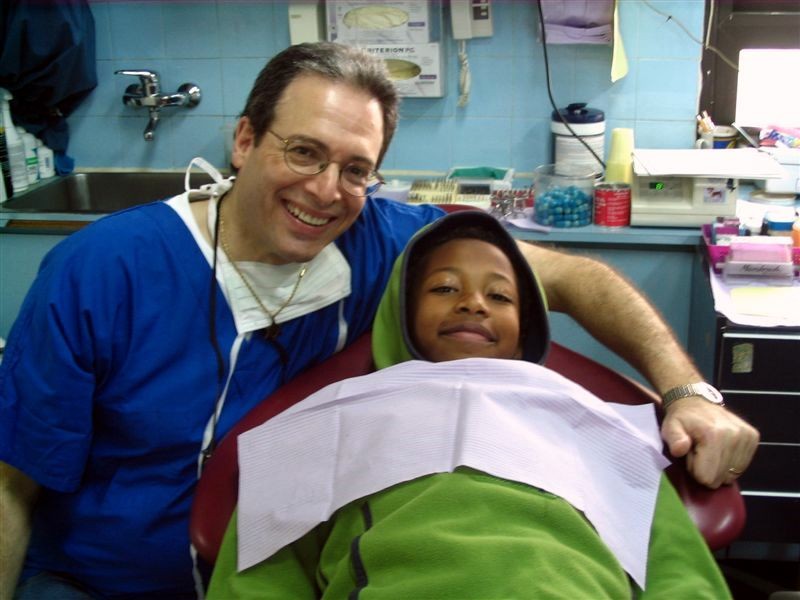 I worked four days a week, on indigent children of all backgrounds. The diversity of the patients was impressive but paled in comparison to the tremendous need. Never, even at the Columbia Dental School Clinic in poor Washington Heights, NY, did I see children with such dental disease. Indeed, it felt as if I were in a third world country.

I came home from working in the clinic and discussed my day over dinner at a restaurant with the family. This was something I never really did at home. I rarely had dinner with the kids, except on Sabbath, which made that day special for all of us.

The kids even came to visit the clinic to see their father at work. They saw children their own age being cared for. Many were already missing teeth and had holes visible in their front teeth. It made a lasting impression on them.

Trudi, a holocaust survivor and a bundle of enthusiasm and energy, took special interest in me, a 32-year-old “pisher”, though there were three other mature volunteer dentists working at the clinic. Maybe it was that I was an American (the others were Scandinavian), maybe it was because I was a “professor”, something they insisted on calling me, much to my discomfort, as I was only a very part-time, Assistant Professor.

Trudi and I developed a bond that summer. My children developed a better understanding of their father and the passion he had for his work. They experienced what it meant to do charity rather than just give it, what we call in Hebrew, CHESED. And, Laurie and I found a cause that would engulf us for the next 36 years and G-d willing, beyond.

Indigent children in need, from all backgrounds and religions, has now morphed into a larger mission for the DVI clinic. It now encompasses young adults in crisis and older adults in poverty and dental distress, even Holocaust Survivors.

Though Trudi OB’M is gone, the clinic still bears the essence of her soul’s mission. As a child in the holocaust, she saw unspeakable horror. She founded and nurtured this small, though internationally known clinic, to deflect the horror of pain, restore the inability to chew food and put smiles on the faces of those who often have little to smile about.

Laurie and I have travelled to the clinic countless times over the last 36 years. I’ve worked during Intifadas and wars. We’ve been in bomb shelters. The clinic seems to pull us in like a magnet.

And yet, my work with the clinic and since Trudi’s passing, in various roles on the American Friends of DVI Board, has been one of the most anchoring and rewarding experiences of my life.

It has also been one of the most frustrating. Let me explain.

While the need has changed and our mission expanded to include other populations “at risk” such as elderly holocaust survivors who need dentures, the financial prospects of the clinic remain challenging, to say the least.

Trudi was a masterful fundraiser. Her sheer strength of will and her “presence” made saying “NO” to her nearly impossible. At least, that’s how I felt. It’s how Stanley Bergman, the CEO of Henry Schein, felt, too, when approached by this amazing woman.

Yet, no one in the organization has been able to replace Trudi. Who could?

So, as you read this, that amazing little clinic in Jerusalem is in dire need of financial support. For me, this has become “Mission Critical.”

I am trying, the best I can, to take the spark that Trudi left in me and use it to ignite something brighter. It’s the reason I agreed to be an honoree at this year’s 40th Anniversary Gala.

Thank you so much for your support.