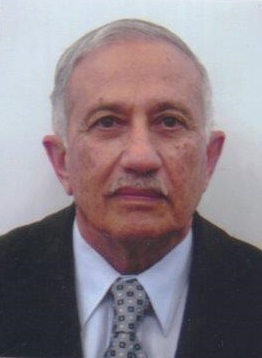 DVI’s past-chairman Avraham Asheri is a sixth generation Jerusalemite and a respected figure in Israeli and international economics, who has been instrumental in the adoption of crucial economic policy.  He is active in policy, education and welfare matters in the capital.

Mr. Asheri holds a BA in economics and political science from the Hebrew University.  He served in the public sphere for 23 years as the Director General at the Israel Ministry of Industry and Trade, as Managing Director of the Israel Investment Center, and Trade Commissioner of Israel to the United States.  Mr. Asheri was President and Chief Executive Officer of Israel Discount Bank from 1991 to 1998, and Executive Vice-President and member of its management committee from 1983 to 1991.  Avraham Asheri has served on the Board of Directors of companies publicly traded on the NASDAQ and Tel Aviv markets, including Elron Electronic Industries, Discount Mortgage Bank, Africa Israel Investments, Koor Industries, Elbit Systems and Radware.

During the 14 years Avraham served as Chairman of DVI, the clinic’s entire floors were removed, pipes upgraded, new flooring installed, the X-Ray room was upgraded, every dental operatory computerized and the clinic was renovated to become handicap accessible.  In response to a change in government/HMO policy subsidizing some of the cost of dentistry for children, DVI increased the age range of patients treated to 26 to focus on at-risk youth, while concurrently reaching out to more special needs children and youth nonprofit organizations.  During Avraham’s tenure, DVI became a Pediatric Residents Training facility, first recognized by and serving Hebrew University and Hadassah School of Dental Medicine and later, thanks to Dr. Roy Petel and under current Chairman Doron Birger’s tenure, at the Tel Aviv School of Dental Medicine, and later the Galilee Medical Center, dramatically increasing DVI’s prestige on a national level  Dr. Petel established an Arab Advancement Program, through which young Arab dentists intern, alongside pediatric residents and foreign dentists, learning international best practices, and ultimately gaining admittance to competitive pediatric specialization programs.  Under Avraham’s watch, the free dentures program for needy elderly and Holocaust survivors was established, at the initiative of Michelle Levine.  Throughout Avraham’s tenure, Israel went through multiple periods of unrest, and DVI remained open throughout everything, as it remained open during the recent pandemic.

The members of AFDVI’s Board of Directors are proud to have worked beside Mr. Asheri throughout his tenure as Chairman of DVI and very much look forward to honoring his tireless dedication to the organization at the DVI 40th Anniversary Gala on November 28, 2021.