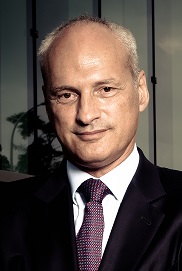 Olivier Schiller is the CEO of Septodont, a family business created in 1932 by his grandparents Nestor and Annie Schiller. Septodont is a pharmaceutical company that develops, produces, and distributes a wide range of products for dentists. The company rapidly advanced to become the world leader in dental anesthesia.

Olivier Schiller joined Septodont as Chief Financial Officer in 1995. Since then he has led numerous projects that allowed the company to grow and expand internationally. Under his leadership, the Group also progressed to a new global and integrated organizational structure. In 2012, he was appointed Chief Executive Officer.

Prior to joining Septodont, Olivier Schiller was a Consultant at Arthur Andersen where he worked on numerous organizational and strategic assignments with large industrial groups.

Olivier Schiller is a graduate of the École Centrale de Lille and has an MBA from HEC Paris.

Olivier Schiller also holds other positions, including Advisor to the Banque de France, Foreign Trade Advisor for France, and member of the Dean’s Strategic Advisory Council of the New York University College of Dentistry. He sits on the Board of Directors of METI, the Mouvement des Entreprises de Taille Intermédiaire (“Movement of Mid-Sized Businesses”). He is also an Administrator for the France-Israel Chamber of Commerce and an Associate Member of the Val-de-Marne department’s Chamber of Commerce and Industry.

On 21st January 2020, Olivier Schiller was appointed Ambassador to Mid-Sized Businesses by the President of France.

“I am extremely happy to continue the partnership between Septodont and DVI, that was initiated by my grandmother, Annie Schiller, and Jacques Ciepielewsky years ago,” Mr. Schiller told us.  American Friends of DVI is proud to honor Mr. Schiller at the 40th Anniversary Gala for the kindness and support he and the entire Septodont Family has provided to DVI for so many years.