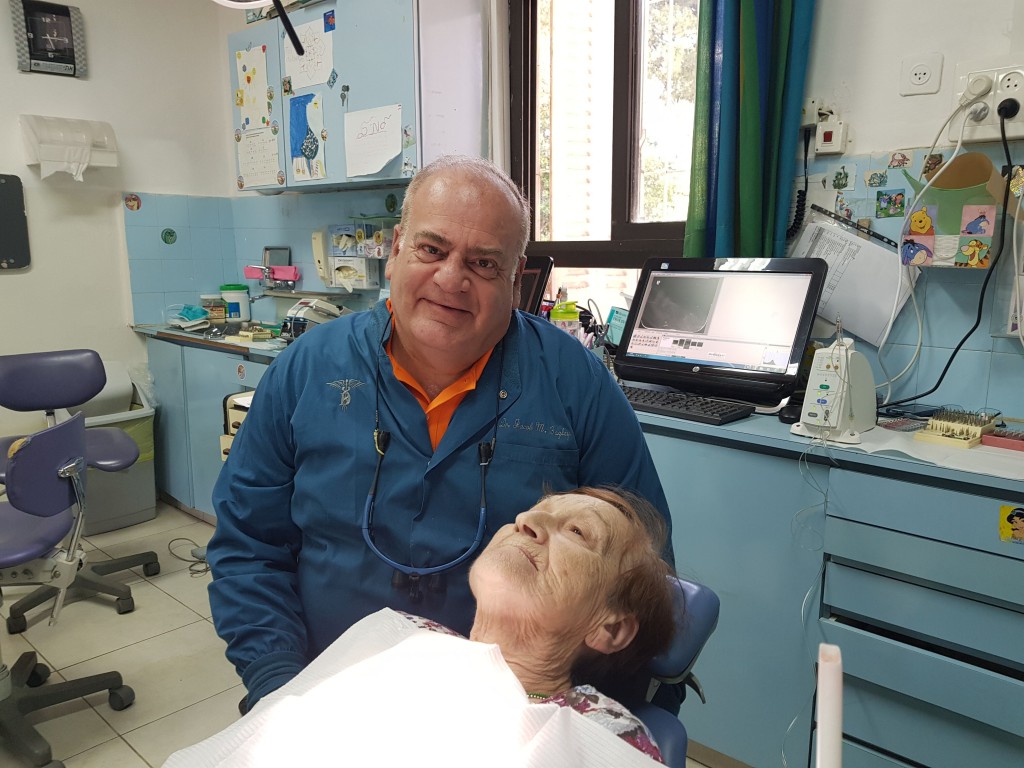 Nella is one of many Holocaust survivors who are receiving free dental care through DVI’s new Smiles for Seniors program.  She came to the DVI clinic with only a few remaining teeth in her mouth and unable to eat any solid foods.  Thanks to the generosity of our supporters and outstanding dentist volunteers like Dr. Bagley, Nella is now receiving preliminary care in preparation for the dentures that DVI will provide to her at no cost.

“I was so emotional. It really brought tears to my eyes. I’ve never had the opportunity to treat a Holocaust survivor before,” he told us.  At DVI, the lives of those who seek care and those who give it are enriched every day.

DONATE TO HELP NELLA AND OTHER SENIORS NOW!

Nella was born in a small village in the Ukraine in 1937.  The day the war broke out, she and her mother were visiting her father in Moscow.  They arranged for passage by train to Siberia where she remembers the freezing temperatures they experienced.  Nella’s single most outstanding memory from that time was the hunger and lack of food.  During the day the children were served a soup made of local grasses and her entire diet consisted of potatoes and onions. After the war, Nella and her mother returned to the Ukraine to be reunited with her sister and aunts.

As a young adult, Nella studied Russian Literature, but with few jobs for teachers in that field, she taught Kindergarten for 30 years.  She married and in 1997 went to Israel.  Her husband is slated to receive treatment at DVI after Nella and they both hope to shortly be able to smile openly and share meals with their family of two sons, six grandchildren and two great-grandchildren.

We need your help to continue providing this important dental care to seniors and Holocaust survivors.  Please give $365, just $1 a day, and give healing and hope for those most in need.