A is an unassuming young lady who doesn’t see anything particularly special about herself. However, once you get to know her, it becomes clear that she is indeed very special! 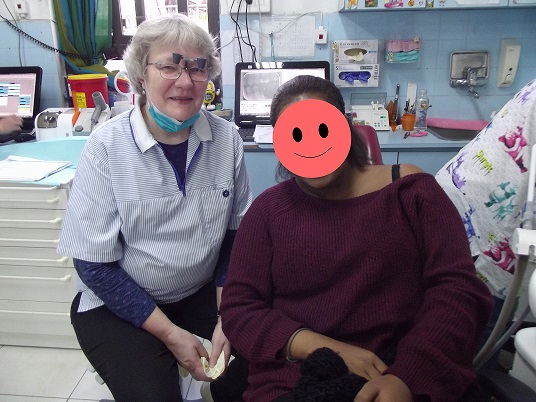 MAKE A DIFFERENCE TODAY WITH YOUR GIFT!

Born in a small village in Ethiopia, the first three years of A’s life were difficult. At a young age she was stricken with a severe case of chicken pox that left here in critical condition. For three years it was uncertain if she would survive the ordeal! Her uncle, who was a nurse, managed to fly to Israel to secure medication for her and return to Ethiopia, saving her life!

A immigrated with her family in 1993. She was very young and has few memories of the experience. The family was settled in Netanya and expanded to include a total of six children. As A described it, the living quarters were extremely small, the family was very poor, and her parents ultimately divorced. Her situation caused her to make poor choices. She was lost in that toxic environment, but there was a bit of hope left in her. She always believed in a better future.

At the age of 18, A enlisted in the army. At the completion of her service she needed to find a place where she belonged and where she could do the most good; going home was not an option. She made her way to Eilat where she learned about an organization further south that delivered food packages to youth at-risk. She was involved with that organization until it closed one year later. That experience taught A that there are truly good people in the world; people who want to help others without getting anything in return. This gave her hope, but Adel needed a new place to go.

A friend put her in touch with a women’s home in Jerusalem that works with youth-at-risk and provides for all their needs so that they can focus on healing. This is one of the shelters that refers patients to DVI so A has become a patient at the clinic. She is now facing her difficult childhood and adolescence with professionals and continues to volunteer in the community.

A, pictured with dentist volunteer Dr. Toikkanen of Finland, told us that her first visit to DVI was her first ever to a dentist. She has many treatments ahead of her and is very appreciative of the care she is receiving at DVI. She was amazed that such wonderful dentists would take time out of their lives to come to Jerusalem to treat individuals like herself. “This whole place is amazing,” she said. Her experience at DVI continues to reinforce her new-found belief that people are truly good and that we all have something to give to others!