Anatoly’s dentures are 20 years old. As you can imagine, they are no longer is good condition which makes eating a challenge. He wanted to replace them but could not afford to do so. He is very grateful to have found DVI. Thanks to DVI’s Smiles for Seniors program, Anatoly will be receiving new dentures that are perfectly fitted to his mouth. He looks forward to smiling more and enjoying meals pain free. 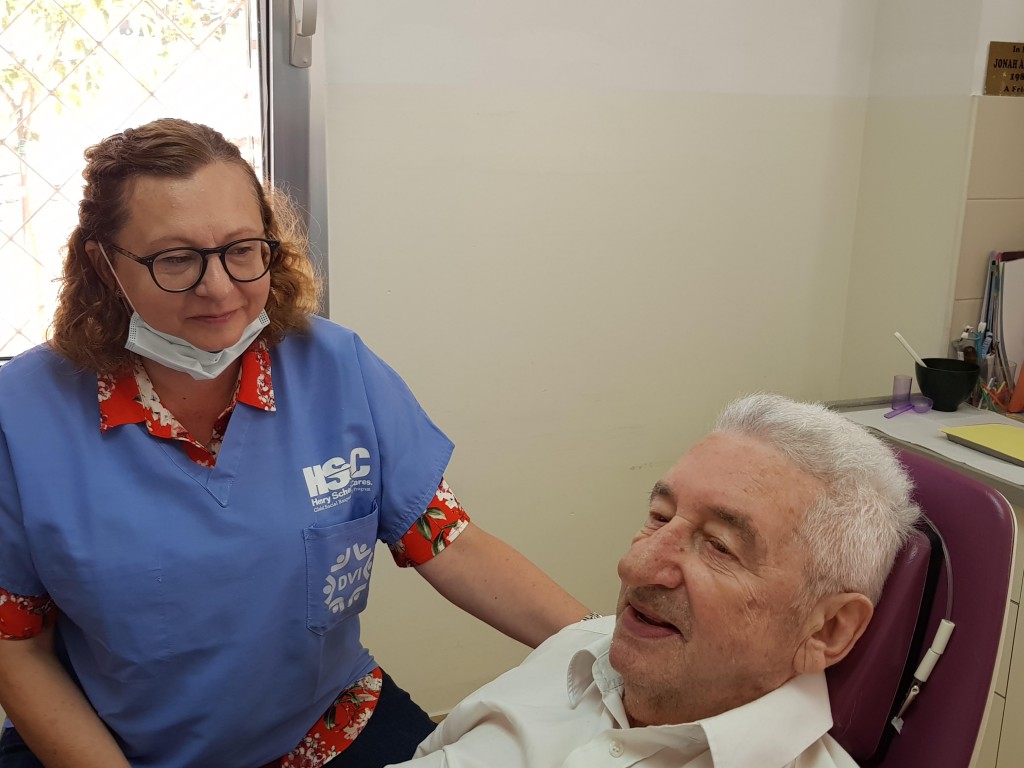 A native of Leningrad, Anatoly was only five years old when disaster struck. He was attending kindergarten with his older brother when the decision was made to move everyone out of the city. The children and their caretakers were boarded onto a train and moved east. If a sudden separation from family is not traumatic enough, in their new children’s complex missiles came raining down, killing the kindergarten staff.

For an entire year Anatoly’s mother went in search of him and his siblings, not knowing what had befallen her children. She found them and brought them back to Leningrad where they barely survived. The city was under siege and the residents were unable to get food or supplies. Anatoly vividly remembers the starvation; eating grass just to put something in his mouth. Anatoly’s father was a soldier in the Russian army and returned to Leningrad, but his grandparents died during the war.

Anatoly immigrated to Israel in 1991. A widower who never had children, he is truly alone in this world. Being able to smile confidently and eat a meal without feeling pain will mean the world to him. You can help both of those things happen for Anatoly and other seniors with your donation. Please make a gift today.